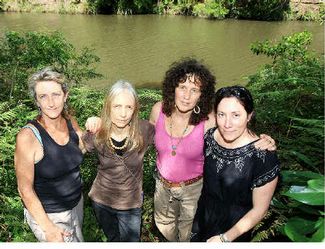 OPPONENTS of plans for a massive new dam at Byrrill Creek, west of Mt Warning, have begun preparing their case against the project arguing 71 threatened species could be affected.Even though they are hopeful both the NSW and Federal governments will quash the dam project they are leaving no stone unturned to prove the environmental value of Byrrill Creek.Among the species they say could be severely affected are the Albert’s lyrebird – the same as the two featured on TweedShire’s Council’s official crest where they hold up an emblem depicting Captain Cook’s boat the Endeavour.