The U.S. Supreme Court upheld the core of President Barack Obama’s health-care overhaul, giving him an election-year triumph and preserving most of a law that would expand insurance to millions of people and transform an industry that makes up 18 percent of the nation’s economy.The justices, voting 5-4, said Congress has the power to make Americans carry insurance or pay a penalty. That requirement is at the core of the law, which also forces insurers to cover people with pre-existing health conditions. The court limited the law’s extension of the Medicaid program for the poor by saying the federal government can’t threaten to withhold money from states that don’t fully comply. 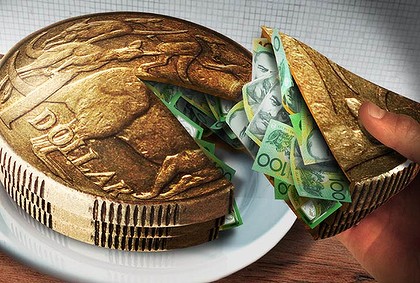 Australia will remain one of the lowest-taxed countries in the Western world.

FEW Australians are aware that we have one of the three smallest governments in the Western world. We complain endlessly that our governments tax too much and spend too much – but that is not the way we appear in international comparisons.

The International Monetary Fund estimates that, in 2012, Australia’s governments, state and federal, will raise a bit over one-third of our GDP, 34.5 per cent, and spend 36.3 per cent. Of the 34 advanced economies, our revenue is the ninth lowest, our spending the seventh lowest.

via Two new taxes are on the way, but we shouldn't complain.

Once upon a time, in a place called America, there was a government with three equal branches. That America no longer exists.

Our Supreme Court has lost its honor

It is the Supreme Court, and it consists of nine people elected by nobody. They rule for life. Their power is absolute.

To overrule them requires an amendment to the Constitution, a process so politically difficult, it is nigh on impossible. (The most recent amendment, the 27th, which deals with congressional salaries, took 203 years to ratify.)

via Our Supreme Court has lost its honor – Roger Simon – POLITICO.com.

Forty years ago the crude and cruel social boundaries of homophobia and racism abhorrently shaped dominant ethical boundaries in Australian society. They are both offspring of prejudice generated by the human fear of difference. Related to such basic aspects of humanity – our sexual and racial identity – they are capable of stimulating deep anxieties. Homophobia in particular is often reinforced by ideological and religious justifications, which only serve to amplify the irrationality with which they are vehemently practised and defended. Happily, as repeated polls demonstrate, most Australians (including some religious leaders) have moved past these discriminatory attitudes while the laws, which legitimated them, have largely been removed by our parliaments.

In a recent speech, Bank of England executive director Andy Haldane has said that peer-to-peer (P2P) lending through online sites has the potential to eventually replace old-fashioned banking. It was followed by a recent announcement by the British government that it would channel 100 million pounds to small business through alternative banking channels such as P2P.

via Could peer-to-peer lending challenge our banks?.

FishPi sets course for the open sea, captained by a Raspberry Pi — Engadget.

The prevailing political wisdom says that a U.S. president should win re-election if gasoline prices are stable, the stock market is climbing and monthly jobless numbers are declining.There is some logic to this: Such indicators affect our pocketbooks and our psyches, whether or not the president has much control over them. Yet short-term economic fluctuations are not what make the nation strong or a president great.Enlarge image Presidential Economic PerformanceData: U.S. government statistics and “The President as Economist: Scoring Economic Performances From Harry Truman to Barack Obama,” by Richard J. CarrollA president is a success economically if he can help steer the country onto a longer-term path of broadly shared economic growth, and if his policies lay a foundation for sustainable prosperity for the future. Although it isn’t easy for voters to determine if a president is contributing to long-term economic success, they can do better than base their decisions on gas prices.

via Democratic Presidents Are Better for the Economy – Bloomberg. 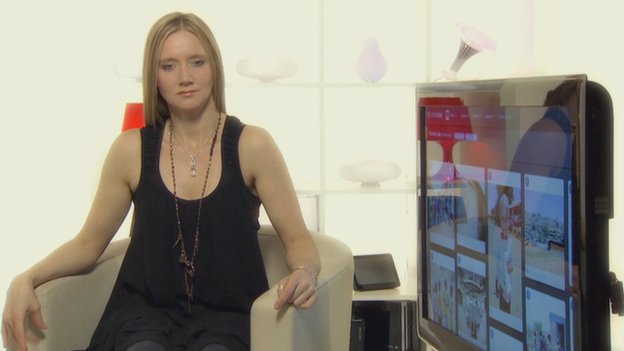 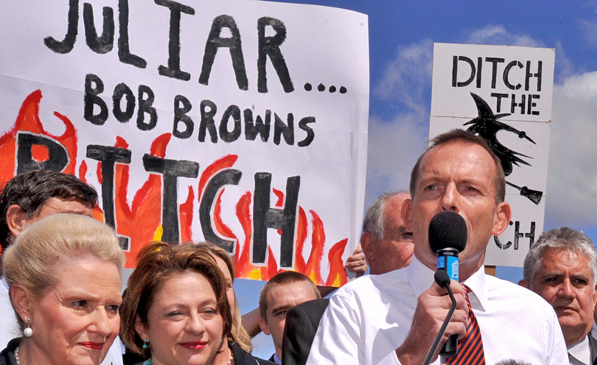 The scarlet letter is the letter A, worn for life by an adulteress in seventeenth century Boston. Her story is fictional. Julia Gillard’s story is real. Her scarlet letter, the media informs us, is T — T for trust. Her more rabid media critics, like Alan Jones, say the scarlet letter is L – L for liar – and even ironic observers like Mr First Dog perpetuate the foxy Juliar.Murdoch’s News Ltd invented the ‘issue of trust’ for Gillard, and it has been taken up by Fairfax journalists like Shaun Carney and Michelle Grattan. There was never an ‘issue of trust’ for John Howard over the introduction of the GST, or for other political leaders who changed their mind.

This week’s unfolding print news crisis may have taken newspaper workers by surprise, but it has an inevitable feel to those who’ve been studying the latest phase of restructuring in our digital media industries.

Australia’s print media companies have been preparing for a leaner, cross-platform future since as far back as 2006, when the Howard government, after at least a decade of aborted attempts, finally succeeded in watering down Paul Keating’s 1987 media ownership laws.

via Churnalism on the rise as news sites fill up with shared content and wire copy.