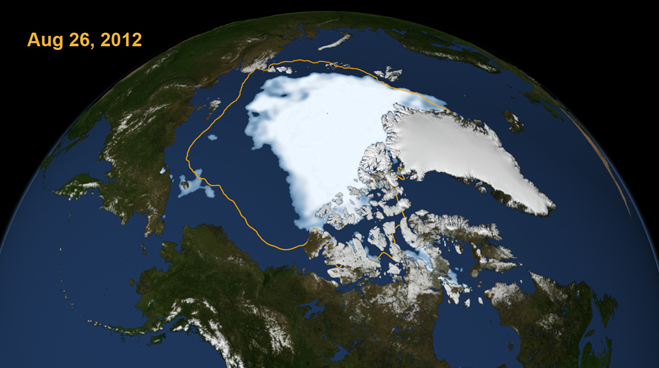 The blanket of sea ice floating on the Arctic Ocean melted to its lowest extent ever recorded since satellites began measuring it in 1979, according to the University of Colorado Boulder’s National Snow and Ice Data Center.

On Aug. 26, the Arctic sea ice extent fell to 1.58 million square miles, or 4.10 million square kilometers. The number is 27,000 square miles, or 70,000 square kilometers below the record low daily sea ice extent set Sept. 18, 2007. Since the summer Arctic sea ice minimum normally does not occur until the melt season ends in mid- to late September, the CU-Boulder research team expects the sea ice extent to continue to dwindle for the next two or three weeks, said Walt Meier, an NSID scientist.